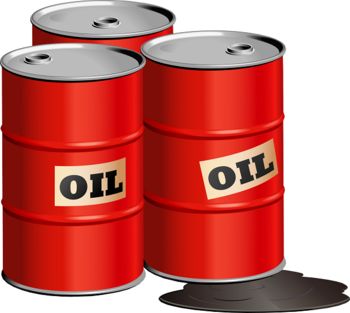 The kerosine type fuels used in civil aviation nowadays are mainly JET A-1 and Jet A. The latter has a higher freezing point (maximum minus 40 degrees C instead of maximum minus 47 degrees C) and is available only in North America.

Jet AJet A is a kerosine grade fuel, normally only available in the U.S.A. It has the same flash point as Jet A-1 but a higher freeze point maximum (-40°C). It is supplied against the ASTM D1655 (Jet A) specification.

Jet BJet B is a distillate covering the naphtha and kerosine fractions. It can be used as an alternative to Jet A-1 but because it is more difficult to handle (higher flammability), there is only significant demand in very cold climates where its better cold weather performance is important. ASTM have a specification for Jet B but in Canada it is supplied against the Canadian Specification CAN/CGSB 3.23

Jet A-1-a kerosine type fuel, identical with Jet A but with a maximum freeze point of -47 degrees

TS-1-TS-1 is the main jet fuel grade available in Russian and CIS states. It is a kerosine type fuel with slightly higher volatility (flash point is 28C minimum) and lower freeze point (<-50C) compared to Jet A-1.

The main differences in characteristics are that Soviet fuels have a low freeze point (equivalent to about -57 degrees C by Western test methods) but also a low flash point (a minimum of 28 degrees C compared with 38 degrees C for Western fuel). RT fuel (written as PT in Russian script) is the superior grade (a hydrotreated product) but is not produced widely. TS-1 (regular grade) is considered to be on a par with Western Jet A-1 and is approved by most aircraft manufacturers.

Eastern European countries have their own national standards with their own nomenclature. Many are very similar to the Russian standards but others reflect the requirements of visiting international airlines and are similar to Western Jet A-1 in properties and test methods.

Chinese Jet Fuels :Five types of jet fuel are covered by current Chinese specifications. Previously, each grade was numbered with a prefix RP, they are now renamed No 1 Jet Fuel, No 2 Jet Fuel etc. RP-I and RP-2 are kerosines which are similar to Soviet TS-1. They both have low flash point (minimum 28 degrees C).

RP-1 freeze point is -60 degrees C and RP-2 is -50 degrees C. RP-3 is basically as Western Jet A-1, produced as an export grade. RP-4 is a wide-cut type fuel similar to Western Jet B and Soviet T-2. RP-5 is a high flash point kerosine similar to that used in the West by naval aircrafl operation.